Haitian conductor Dr.  Jean Montès inspires musicians and audiences with a commanding and sensitive artistic presence on the podium. 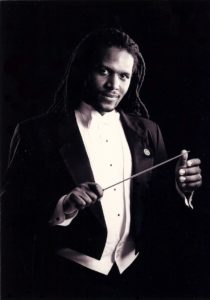 An accomplished conductor, educator, clinician, lecturer, and performer, Dr. Jean Montès is passionate about challenging and stimulating audiences and musicians alike.  He is the Director of Orchestral Studies and Coordinator of Strings at Loyola University in New Orleans, Louisiana where he conducts orchestral ensembles and teaches conducting and string pedagogy courses for music education majors.  In addition to his responsibilities at Loyola University, Montès is the Music Director of The Greater New Orleans Youth Orchestras (GNOYO) where he conducts the Symphony Orchestra which he lead in their Carnegie Hall debut and their recent France Tour.

Montès has held orchestral leadership positions at Virginia Commonwealth University, St. Ambrose University, the University of Iowa, and with the Waynesboro Symphony Orchestra, the Bay Youth Orchestras of Virginia, and the Greater Twin Cities Youth Symphonies.

Growing up in Port-Au-Prince, Haiti, Montès studied the cello at the Holy Trinity School of Music. He left Haiti after winning a full scholarship to pursue his bachelor’s degree in cello performance at Duquesne University in Pittsburgh, PA. He then received an assistantship at the University of Akron in Ohio where he also earned his masters in music education.  He completed his Doctorate of Musical Arts in orchestral conducting at the University of Iowa under the tutelage of Dr. William LaRue Jones.  His dissertation topic is An Annotated Translation from French to English of the History of Music in Haiti. He is presently focusing his research on the performance and promotion of orchestral works by Haitian composers. 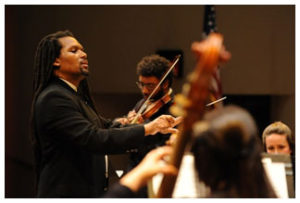 A musician and conductor who enthusiastically promotes music of all world cultures, Dr. Montès is in constant demand as a conductor, clinician, judge and lecturer with orchestras and schools at all levels throughout the country. His unique approach to repertoire selection and rehearsal techniques enables him to connect, to be effective and admired by audiences and musicians of all ages.  Notable appearances include guest conducting the Louisiana Philharmonic Orchestra, the Virginia Symphony Orchestra, The Richmond Symphony Orchestra, and the Cedar Rapids Symphony Orchestra, All State Honors Orchestra Conductor in Wisconsin and Illinois, giving clinics in Las Vegas and at the Midwest Clinic and performances of Mozart’s The Magic Flute with the VCU Opera Theatre.  He enjoys collaborating with organizations representing the full spectrum of the arts.  Montès led an orchestra in a sold out performance of Prokofiev’s Romeo and Juliet Ballet in collaboration with the Metropolitan Ballet project in the Twin Cities.  Additionally, he was appointed by the mayor of Minneapolis to serve as the 2004 Co-Chair of Minneapolis Mosaic, a summer project which celebrates and showcases the talents of over 150 culturally diverse artistic and performance groups from the Minneapolis area. Montès led the creation and the first performance of the Minneapolis Mosaic Symphony Orchestra at Orchestra Hall in Minneapolis on July 9th, 2004.  The orchestra was made of musicians from the Twin Cities metro area bringing together professional, teachers, community and student musicians creating this fascinating, true mosaic of an orchestra.  The performance featured the world premiere of Mosaic: Cedar and Lake composed by Carry John Franklin.  Upcoming guest conducting engagements will take him to cities such as Las Vegas, Minneapolis, Richmond, Stafford county and Florida.

A talented cellist and orchestral musician in his own right, Montès has performed recitals at the Lawrence University Conservatory, in Haiti, and with the Fox Valley, Green Bay, Johnstown and Altoona Symphonies. He also worked as a cello specialist at the Lawrence University Arts Academy and coached youth orchestra cello and viola sections and chamber music in New York, Connecticut, Wisconsin, Illinois, Iowa, Oregon, Minnesota, Florida and Virginia.

Montès’ experience goes beyond the stage, as he is passionate about education and spent four years in the Fox Valley Area School District (Wisconsin) teaching K-12 strings and conducting multiple ensembles.  He spends his summers teaching strings and directing ensembles at summer music festivals in the U.S. and at the Holy Trinity Music Camp in Haiti where he has been the Assistant Director.

Dr. Montès and his wife, Sarah, reside in New Orleans with their sons, Jaz Léonard and Soley Mica, both of whom Montès considers to be his proudest achievements. In his spare time, Montès enjoys playing chamber music with friends and sports such as soccer, squash, badminton, biking and ping-pong.  Truly an artist, musician and conductor who embraces the cultural and artistic diversity of the world, he is one who brings the highest level of dedication and enthusiasm to his life profession and to all those he serves. 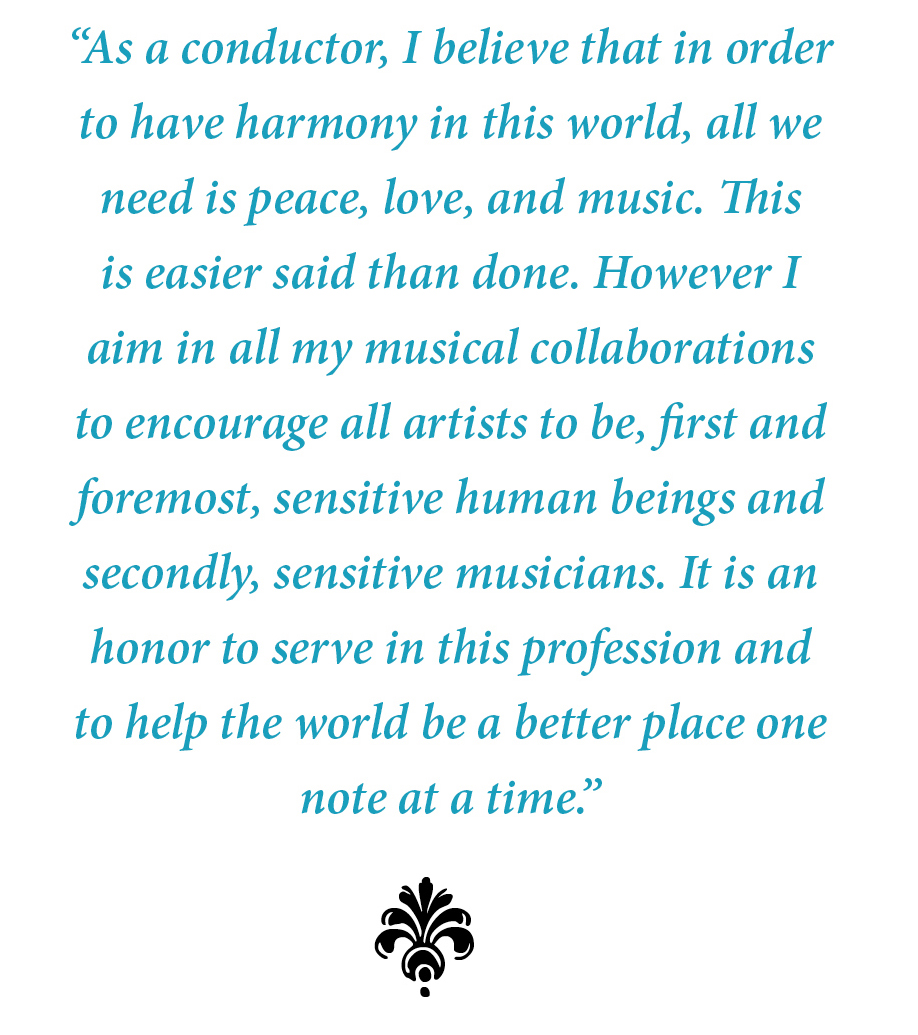 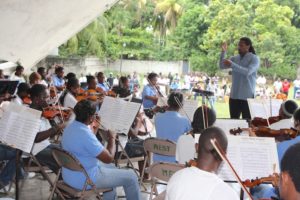 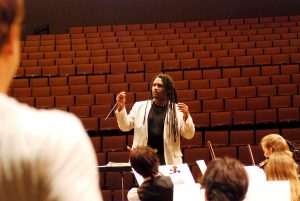 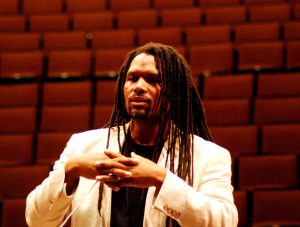